From the 90's - The Emperor's New Groove Almost Made it Character

At one time, one of the versions of The Emperor's New Groove had a kind of love interest for Kuzco named Mata.  I was put in charge of her and became the supervising animator for it and started working on the designs based on some drawings  by Joe Moshier.
The voice actor chosen for her was Laura Prepon, from That 70's Show and I did this test based on one of the lines she recorded for the show.  I was lucky to be able to attend the recording session and sketched her while she delivered her lines and for this particular test I took a gesture she made and applied to it.  The moment she looks up and raise her right hand and says "Lama Boy" is just like the gesture she made at the recording.
Unfortunately, the character was cut from the final version and this is how far the character went.  It was going to be fun.
The quality of this video is not good because I transferred it from an old VHS tape but is the only copy I have of her.
From the 90's - Emperor's New Groove Almost Made It Character from Sandro Cleuzo on Vimeo.

Here are some of the rough model sheets I made while developing her design. 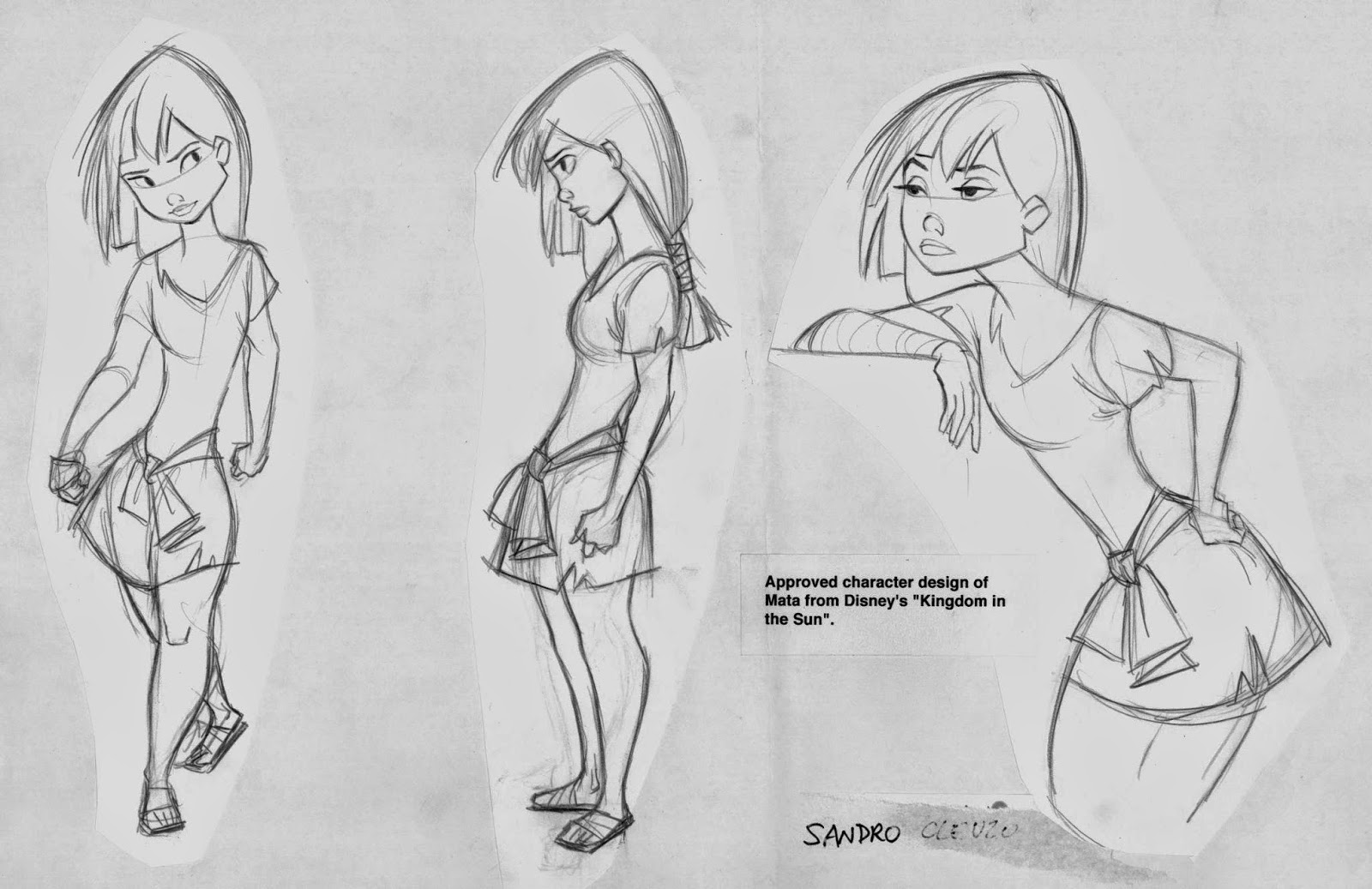 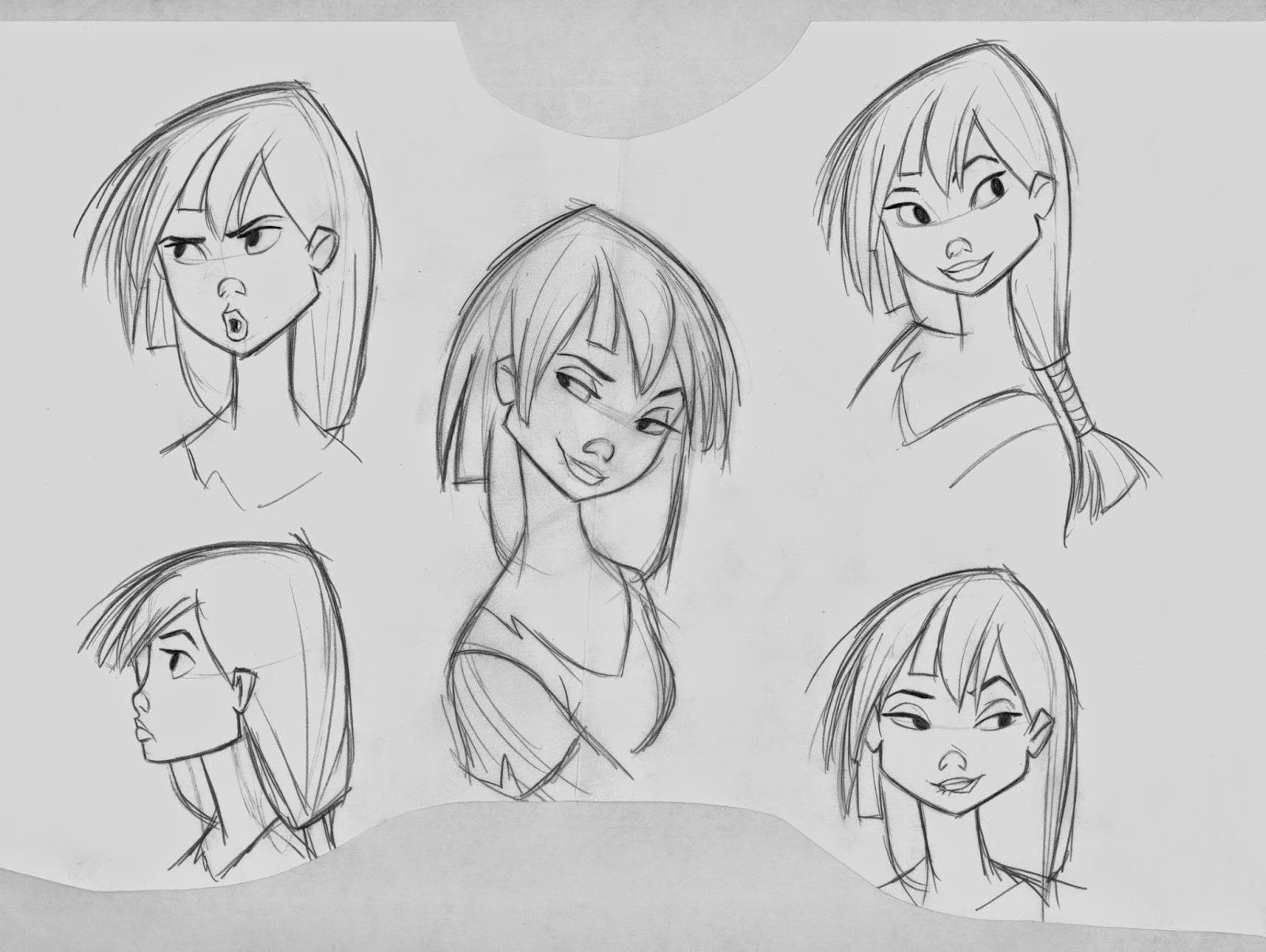 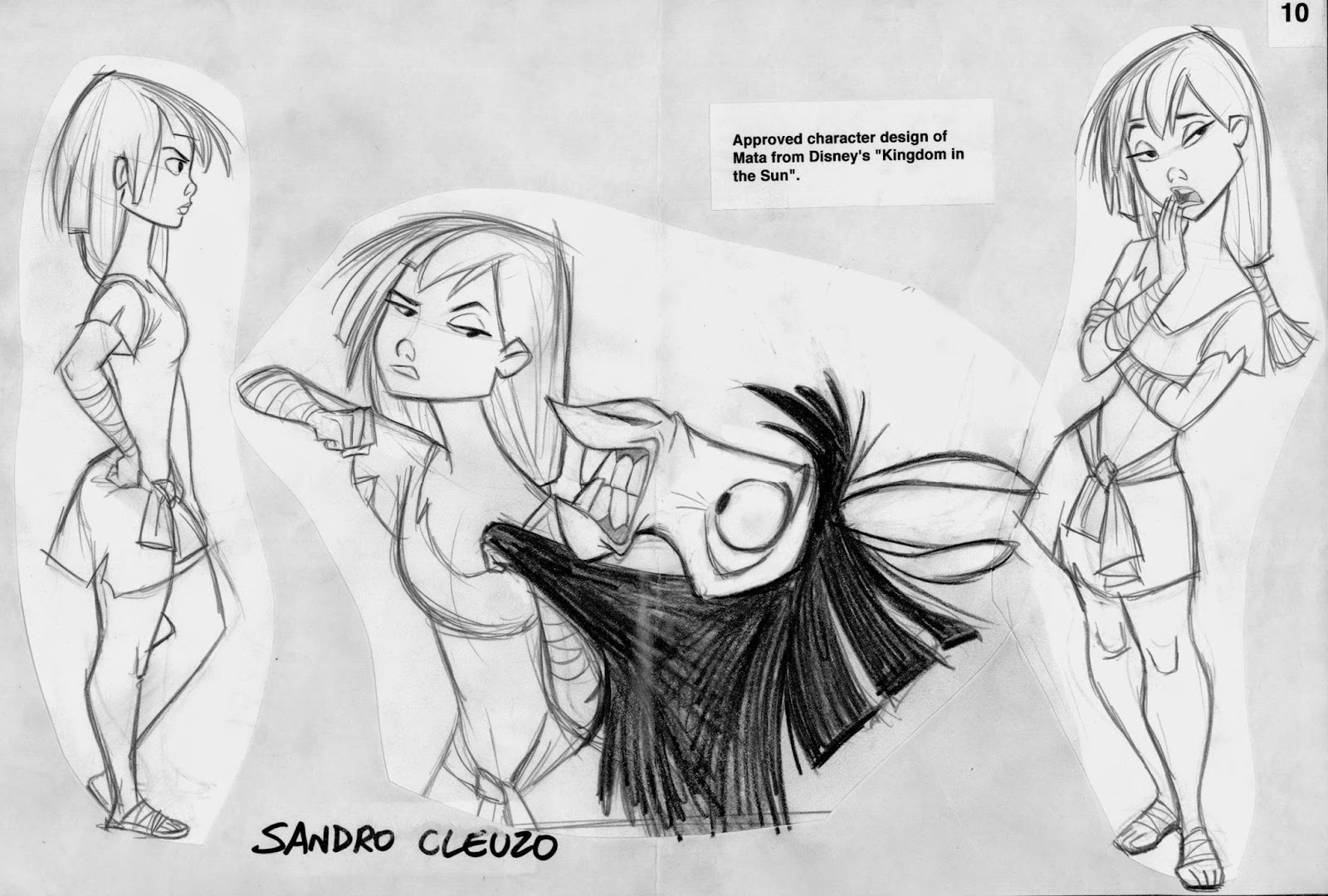 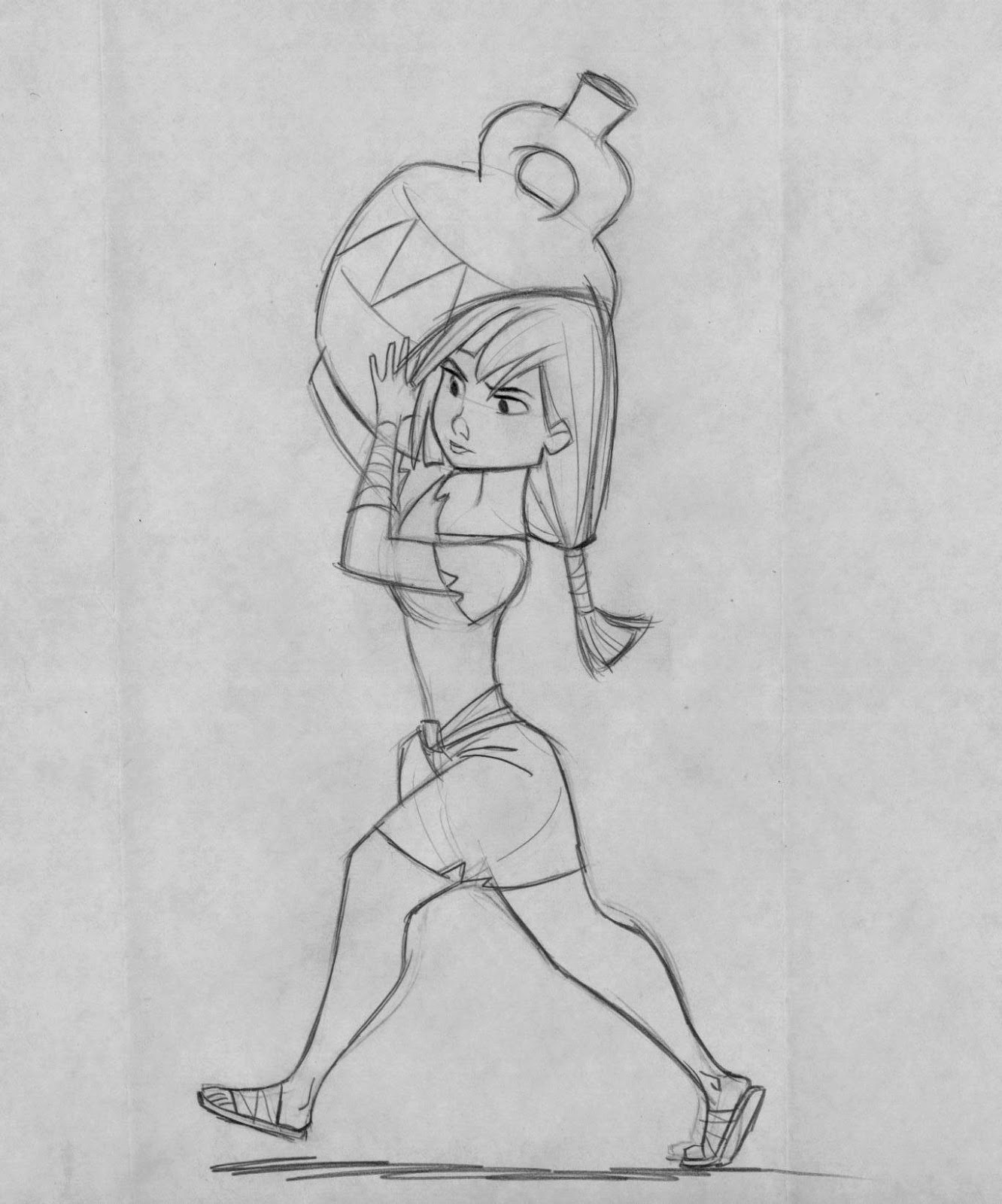 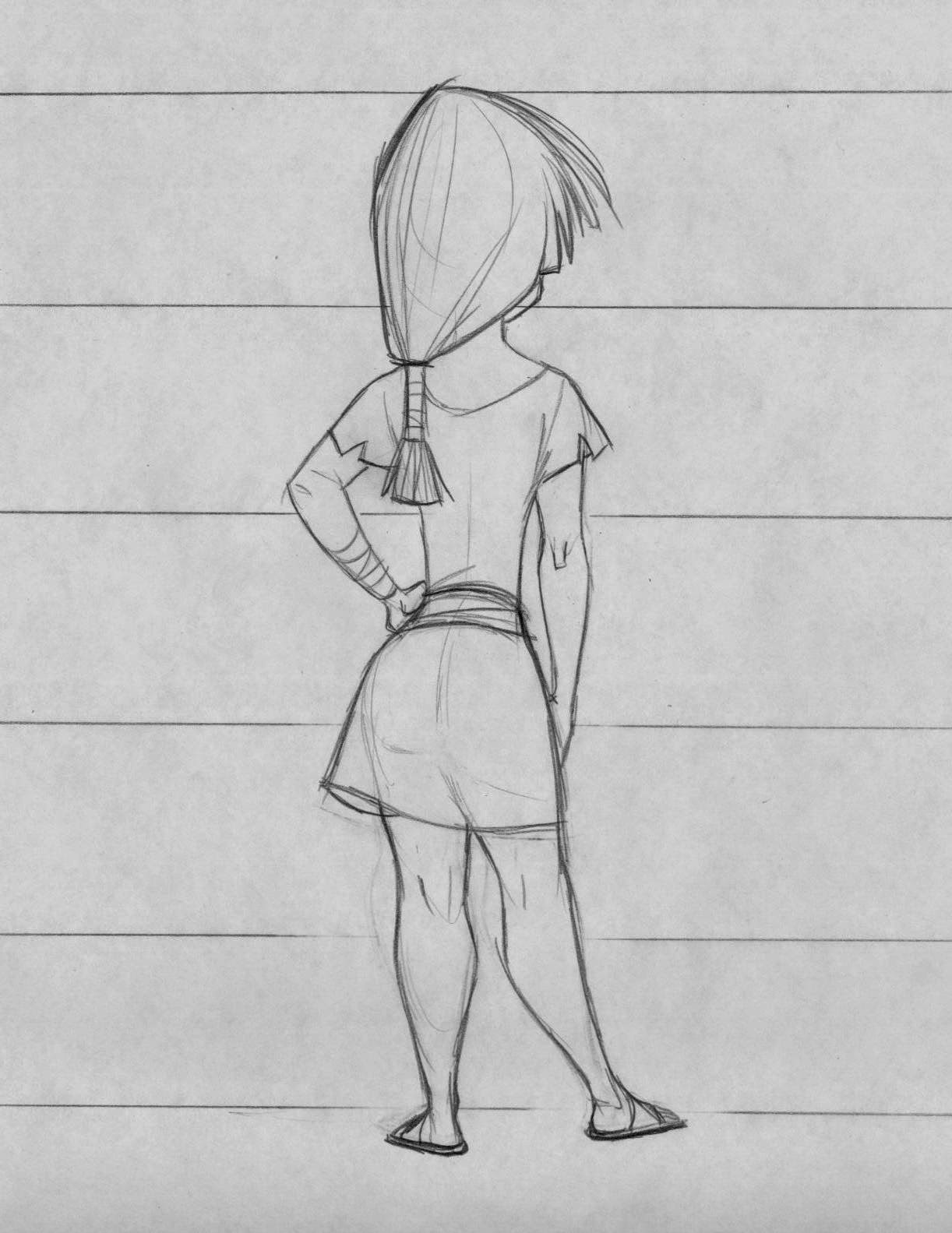 Posted by Sandro Cleuzo at 5:13 PM