Home on the Range Stuff 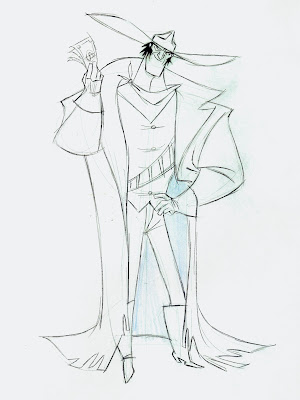 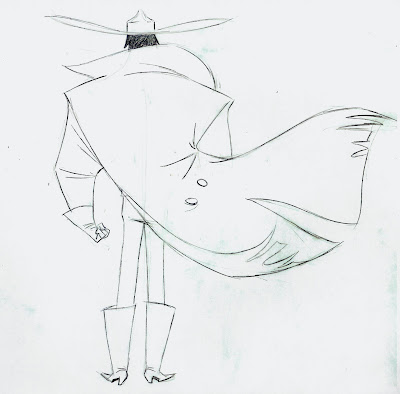 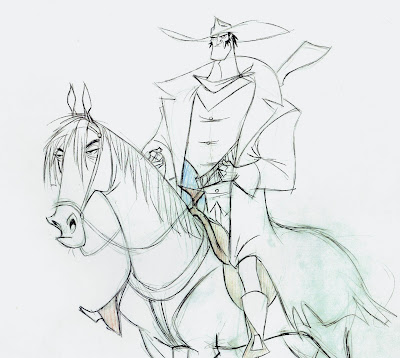 This character above is Rico, a bounty hunter.  The design was created by Joe Moshier and I just helped doing some poses to develop him further and help the animators. 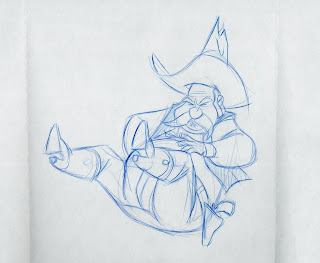 One of the characters that I supervised was the sheriff and it was a fun character to do.  Below, seven extremes from a short scene. 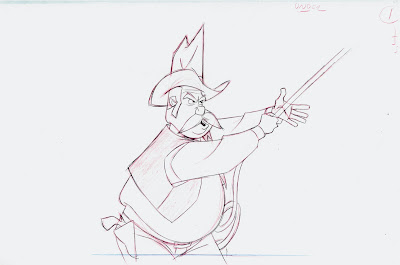 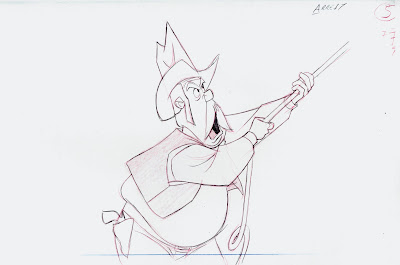 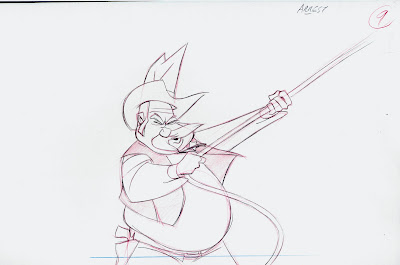 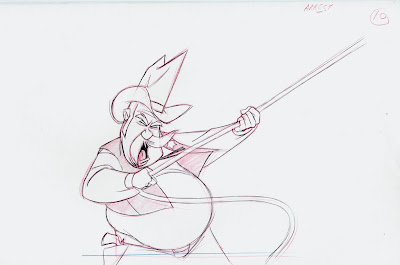 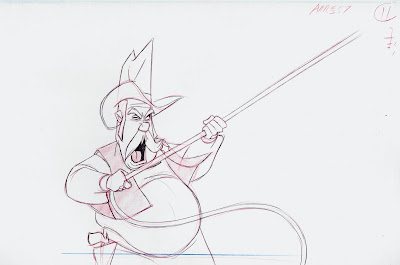 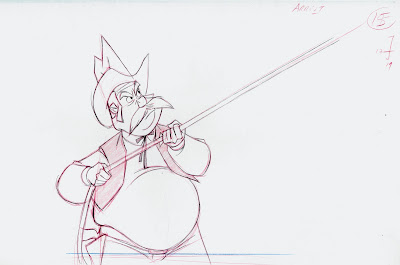 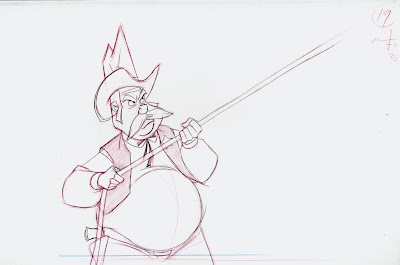 Below is a character that did not make it into the final film.  It was going to be the Sheriff's horse.  It was based on a design by Carter Goodrich. 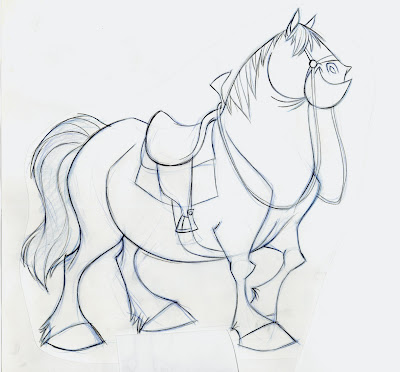 To be an animator and to work in animation, you have to be a little crazy.  Only a crazy person will choose a career where you have to spend hours sitting down doing thousands of drawings that are similar to each other and then shooting them in order so they appear to move.  There's also the drawings of the layout and backgrounds, then color and sound and so on.

I consider myself a little crazy too but the thing is:  When you get bitten by the animation bug there's nothing different you want to do,  animation becomes your religion. 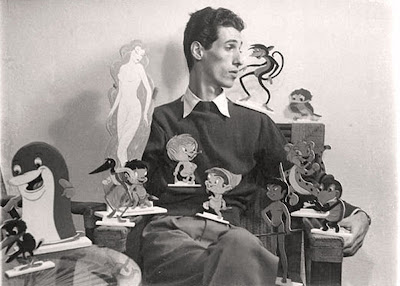 One person who I really admire and has been an inspiration since I started was one of these crazy animation artists (in a good way).  His name was Anelio Latini Filho (Pictured above)  and I think he was crazier than most artists I know because he made a "whole full length animated feature on his own",  no crew whatsoever.  He had help from his brother, Mario, who operated the camera as well and some of his family but the majority of the work was done by him.  No layout department, no team of animators, no background artists, just him.
He created and designed the characters, did the layouts, animated the characters and effects, painted the BGs, shot on the camera, you name it. The film is called "Sinfonia Amazonica" and it was a big success when it premiered in Rio de Janeiro in 1953. 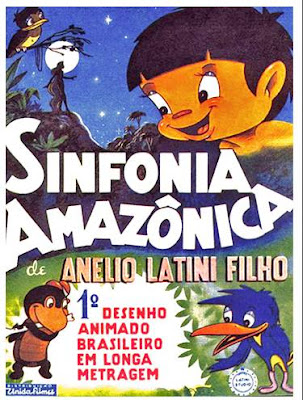 There's no much information about him and his films which is really sad.  There's so much I still want to know about him and his only feature film. As far as I know,  he only did a short film and the full length feature Sinfonia.

The pioneer of the Brazilian animation,  Anelio was from Nova Friburgo,  Rio de Janeiro.  He was a big admirer of Walt Disney and his films, specially Fantasia and he decided to mix the Disney style that he loved with a Brazilian theme to make Sinfonia.

He had very limited resources to make the film and because of the lack of formal training in animation he had to come up with his own techniques and did everything by feeling.
He worked hard from 8 AM until 4AM for 5 years to complete the film.  Because of this work routine his health suffered and he became ill, which later aggravated and developed into a cancer.

According to one source, the money to make the film came from the sale of Anelio's fine art paintings, but I do not know if it is entirely accurate. 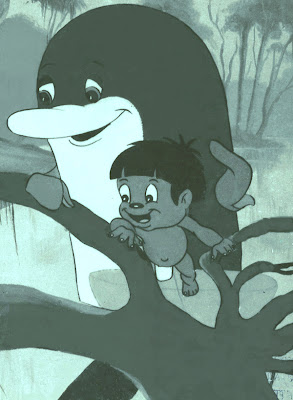 The film tells the story of seven folk tales from the Amazon region and feature classic music by Wagner and Medelsohn and Brazilian music too.

Anelio's niece, Marcia Latini is trying to get this very important Brazilian film restored and preserved  which, here in Brazil could be an almost impossible task.  I wish her all the best in doing this and hopefully,  someone from the ministry of culture of Brazil can help.

As someone who's trying to make a 5 minutes short for years, I think about Anelio's work making Sinfonia and I feel ashamed that I can not even finish 5 minutes.
I am also developing a feature film project with the Amazon theme and I am and will always be inspired by the "crazy"Anelio and his Sinfonia Amazonica,  a "one man's full length animated feature".
Posted by Sandro Cleuzo at 5:44 PM 4 comments: