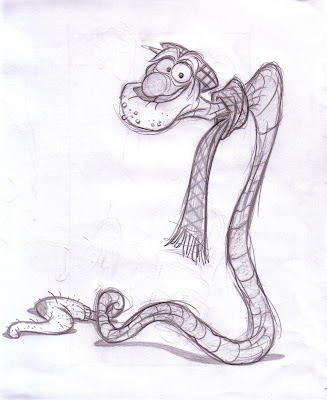 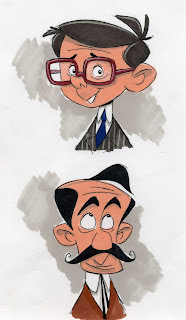 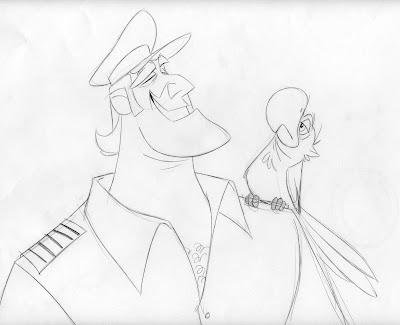 Axterix and the Vikings Pencil Tests

Axterix and the Vikings from sandro lucio on Vimeo.

Axterix and the Vikings 2 from sandro lucio on Vimeo.

Axterix and the Vikings 3 from sandro lucio on Vimeo.

These are 3 of many scenes I did for this Danish/French project. I always loved the Axterix characters and when I was presented with the opportunity to animate them I jumped on it.
Posted by Sandro Cleuzo at 9:00 AM 10 comments: 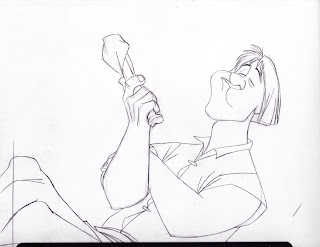 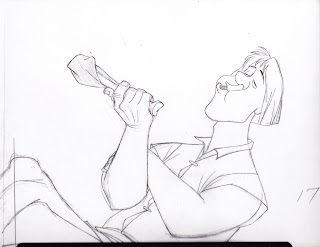 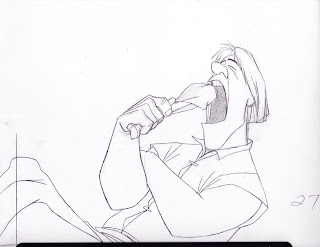 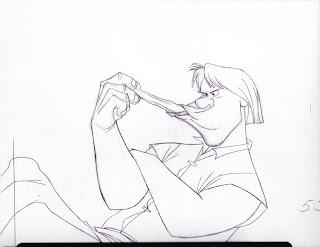 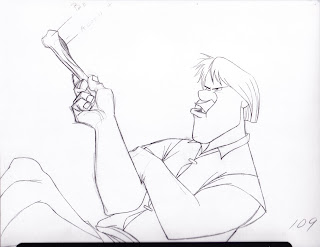 This is Kay, a character from Sword in the Stone that Milt designed and animated almost all scenes.  Sword in the Stone is one of my favorites, not much for story but for it's animation style.  I love all the designs done  entirely by Milt and there are some great sequences like the introduction to Madam Mim, the Wizard's duel and the Squirrel sequence that was animated by Frank Thomas.

Here in this film the animation that Milt did was boiled down to the essence.  There are some great contrast in the way he animated the characters, like Mim and Kay for example and Wart and Merlin.

In these drawings of Kay you can see again great staging, silhouette, shapes and caricature.

I have just got a copy of the Art of Tangled and I totally recommend it to anyone who loves animation.   I was blown away by the great artwork presented in the book and specially the ones by my good friend Jin Kim.
Jin is from Korea and he is not only a great designer but also a great animator.   I met him when I start working at Disney on Fantasia 2000 in 1997.  We worked together on that film and then we were hired to work on Kingdom in the Sun, which became The Emperor's New Groove.   We shared an office for a year or so and it was always great to see his animation.  I new how good he was at that time but I had no idea how talented he in fact is.   His drawings are as good and sometimes (for me anyway) better than Glen Keane's.   You should definitely get this book to study his drawings.

There is another "Kim" in the book that you will hear more in the future, the great Shiyoon Kim, another Korean (what's up with all these great talented Koreans?).  Shiyoon is also a good friend and his work is superb.

Disney is luck to have these two amazing talents.

Here are some of Jin Kim's drawings from the book.  There are many, many more but you will have to buy the book. 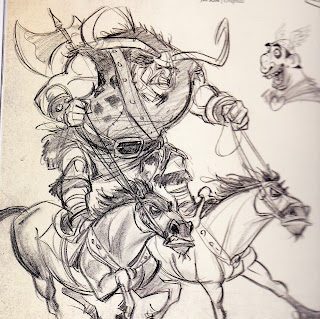 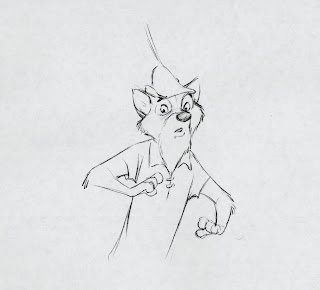 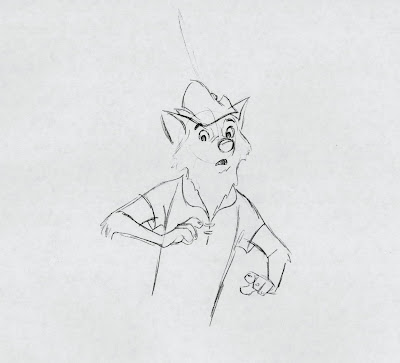 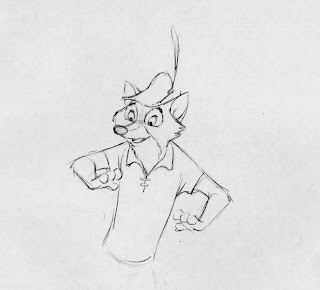 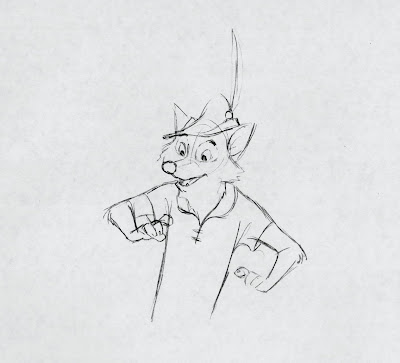 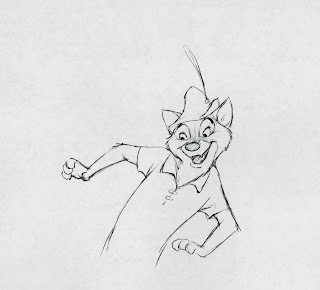 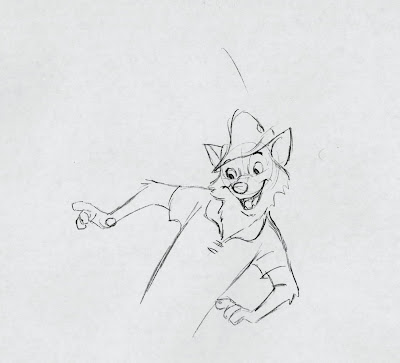 This is a great example of team work that used to take place at Disney in the old days.  Here you can see key drawings  of Robin Hood by Frank Thomas and  underneath them drawings that Milt Kahl did over to bring them on model.  Frank and the other animators always got their drawings shown to Milt or Fred Moore so they could go over and suggest ideas or just to help with a difficult angle or pose.
The late Dale Oliver, who was Frank's assistant for more than 20 years, told me that they always went to get at least one drawing from Milt and that drawing would make their scenes so much better.

You can notice in these drawings how much nicer Milt's drawings are in comparison to Frank's.  They have more structure and better design.   Frank was an amazing animator but he new his limitations as a draftsman so he left his ego behind and got Milt to go over his drawings.  Sometimes Frank would send his assistants to Milt for help.

One of my best experiences was when I worked with Joe Moshier at Disney.  Joe is a great designer and I was working closely with him on Emperor's New Groove.  He would design a character and I would then take that and make a turn around model.   I would show him my drawings and he'd take a new piece of paper put on top and show me what was wrong with or where I could improve it.  It was just great and I learned a lot by having him going over my drawings.   I also took drawings to Andreas Deja for suggestions and I used to show other animators some of my scenes for criticism.  I wished I had done more of that while I was there.

Animation is usually a collaborative effort, specially in Feature films like Disney's, so is very important to show your peers your work and get their input or if you need help with a drawing.
That's team work.
Posted by Sandro Cleuzo at 12:02 AM 17 comments: