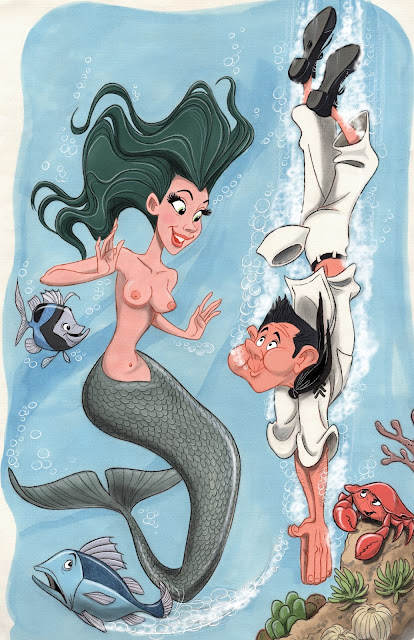 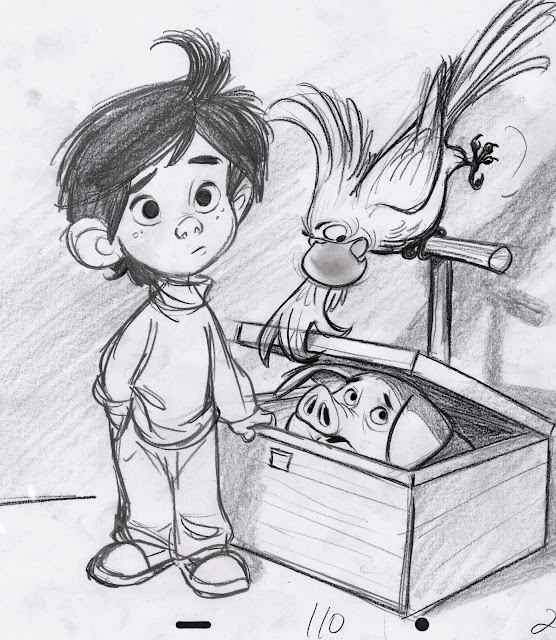 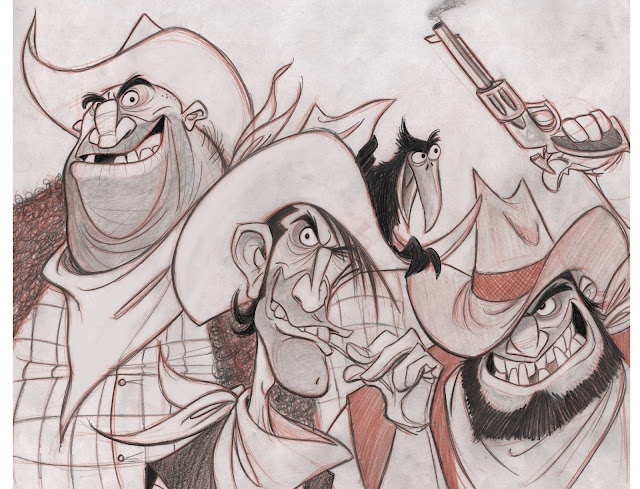 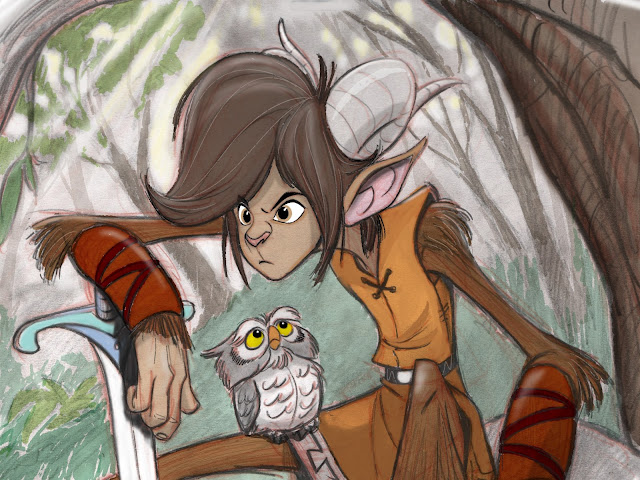 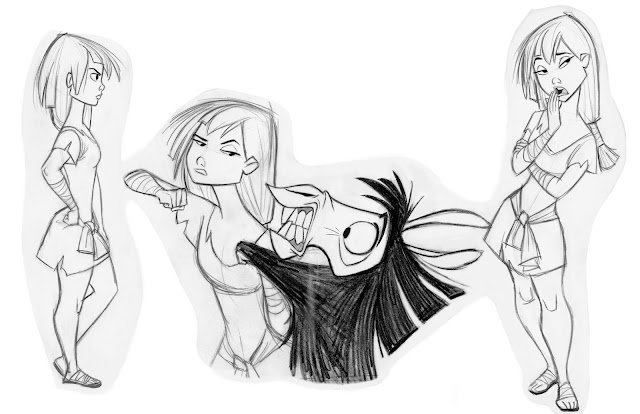 One of my favorite projects to work on was The Emperor's New Groove which went through several re-writings and changes during production. In one of the versions there was a female character named Mata who was going to be Kuzko's love interest. I thought it was going to be funny that Kuzco would try to hit on her as a lama. She was supposed to be a tough girl and would have nothing to do with Kuzco until maybe the end when he would have had a change of heart. I was put as a supervising on her and even went to a recording session with the actress doing the voice, Laura Prepon from the 70's Show. I did a test on her and that was that. She was eventually cut from the film when they changed the story once again.
Posted by Sandro Cleuzo at 6:51 AM 6 comments: 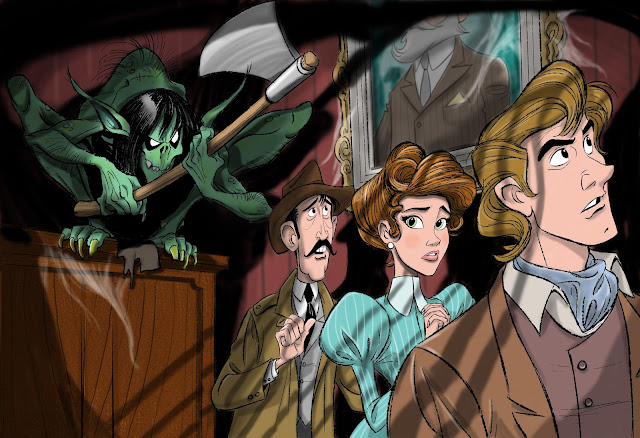 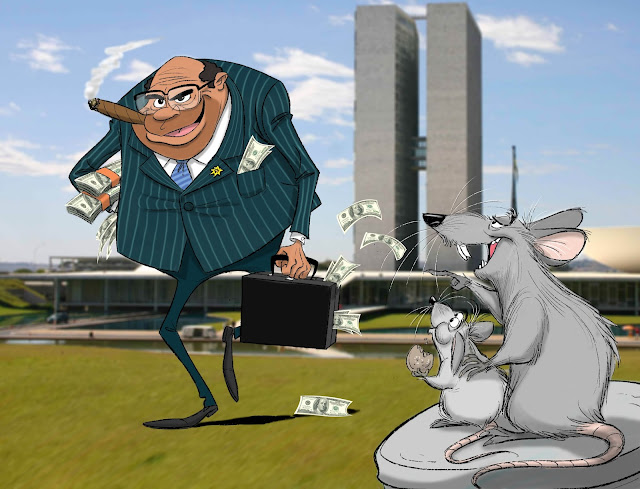 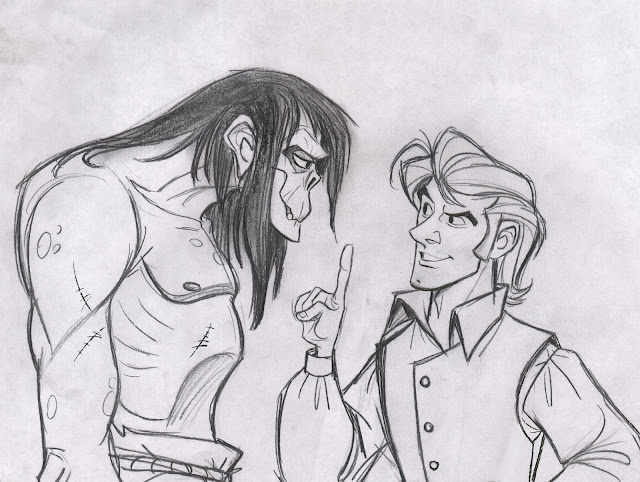 Monster and Master
Posted by Sandro Cleuzo at 2:20 AM 4 comments: